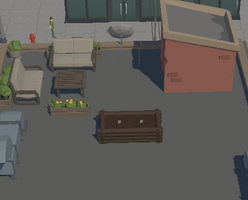 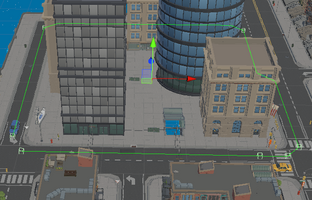 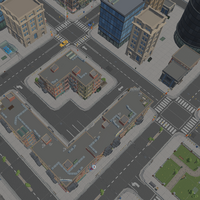 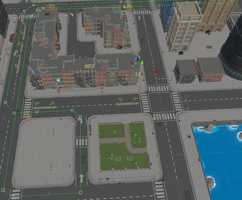 Moving away from the prototype models to more appealing models. That being said I have updated the visuals. I'm still keeping the game low poly.

I added a Vehicle Traffic System to the game. It's basic functionality in its current state. I do plan to add more features to it.  Let me know if you would like to see a video on how it works or a tutorial on how to build it.

I added a Pedestrian Traffic System to the game as well. It has the same functionality as the Vehicle Traffic System only instead of wheels turning, it plays animations for the player's current state.

I updated the Weather System

I have updated the UI to make it more appealing and more user-friendly.

I'm still working on the Cross-Breeding mechanic and should have it out next week in version 0.0.3a

This week I will focus on the Cross-Breeding System and Player Task System.